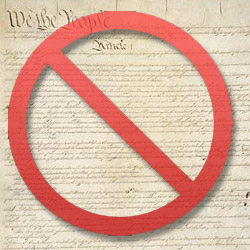 PDPS Summary: The Problem Driver Pointer System is designed to prevent drivers with motor vehicle related convictions from getting licenses in other states without first satisfying any debts or court orders from the state in which

the original license was suspended.

Article 15 states “”No subject shall be held to answer for any crime, or offense, until the same is fully and plainly, substantially and formally, described to him; or be compelled to accuse or furnish evidence against himself.”

“Every subject shall have a right to produce all proofs that may be favorable to himself; to meet the witnesses against him face to face,”

I requested a hearing which took place on Wednesday, May 15th 2013 in hopes of finding out exactly why I am on the PDPS system. This did not happen, and I was not even provided an exact reason as to why I am being restricted from getting a license in the State of New Hampshire. I was instead told that I had the burden of proof as to show that I had cleared unsubstantiated charges up with the State of California.

[Art.] 15. [Right of Accused.]  also states that
“No subject shall be held to answer for any crime, or offense, until the same is fully and plainly, substantially and formally, described to him; or be compelled to accuse or furnish evidence against himself. Every subject shall have a right to produce all proofs that may be favorable to himself; to meet the witnesses against him face to face, and to be fully heard in his defense, by himself, and counsel. No subject shall be arrested, imprisoned, despoiled, or deprived of his property, immunities, or privileges, put out of the protection of the law, exiled or deprived of his life, liberty, or estate, but by the judgment of his peers, or the law of the land; provided that, in any proceeding to commit a person acquitted of a criminal charge by reason of insanity, due process shall require that clear and convincing evidence that the person is potentially dangerous to himself or to others and that the person suffers from a mental disorder must be established. Every person held to answer in any crime or offense punishable by deprivation of liberty shall have the right to counsel at the expense of the state if need is shown; this right he is at liberty to waive, but only after the matter has been thoroughly explained by the court.”

If driving is a “privilege” and not a right, then I am still entitled to fully exercise my rights as described at the beginning of this letter.

The PDPS system has not only been used to restrict many citizens of New Hampshire the privilege of driving unconstitutionally, but it is highly impractical to be used in restricting driving privileges without modifying the New Hampshire State Constitution.  For the Problem Driver Pointer System to be implemented in accordance with our constitution, those subject would have to be able to question (at great expense of the state) those states in which accused the license seeker of various charges in person and in New Hampshire. Also the State of New Hampshire would have to investigate and bring forth those charges. The real reason why people are on the PDPS system is not to prevent risk to the public safety, but instead to ensure that states collect revenues as they have anticipated. If it were for safety, then you would not be able to remove yourself from the PDPS system merely by paying sums of money.

With this being said, I pray that we as a people will look at this form of tyranny as we do the the Jim Crowe laws and other unconstitutional taxes, fines and encroachments on our God given liberties and discontinue the administration of the PDPS. Our forefathers have warned us of such abuses, and their written words still hold true to this day.