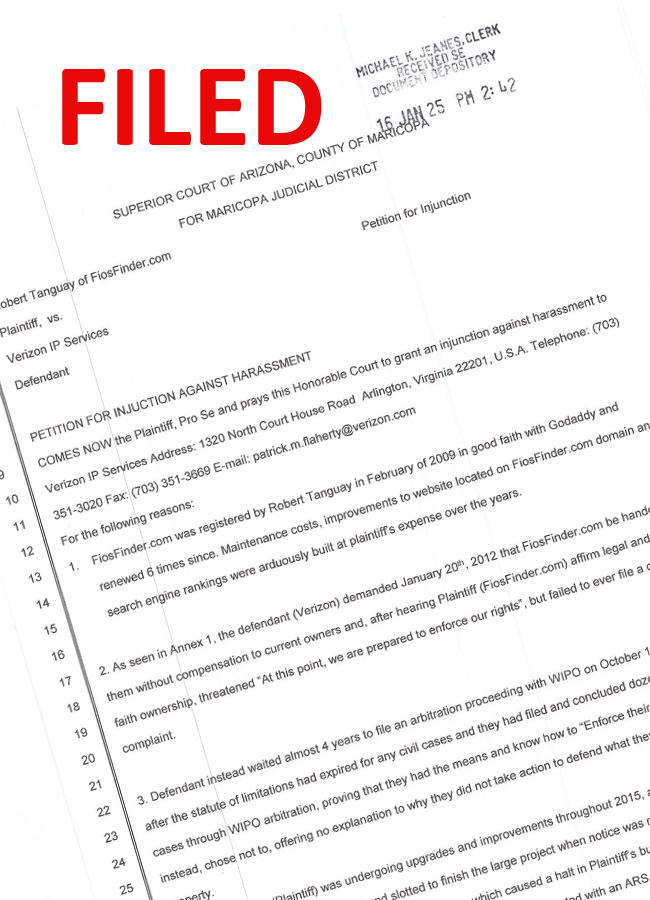 This is an update to my previous press release: Waiting for Delayed WIPO Decision , which also landed me front page of New Hampshire independent newspaper Union Leader

On January 8th, 2016 WIPO came to a decision two days after promised to transfer FiosFinder.com to Complainant (Verizon) in an unbalanced and unfair decision seen here: (check back – will upload)

Tanguay has been in talks with Verizon IP lawyer to get compensation of $20,000 for his 7 years of maintenance and improvements on the website and search engine traffic, but has not received confirmation of offer.

Free #Adwords tip: If you don’t want to advertise on https://t.co/GNCPeMyut8, exclude it from from your account. pic.twitter.com/ojKGEsivJ2

Because the time is approaching for transfer of FiosFinder.com without filing legal action, the following emails have been exchanged between GoDaddy (Registrar), Tanguay of FiosFinder, and all involved parties (silent):