What I Will Do When I Become Rich and Powerful 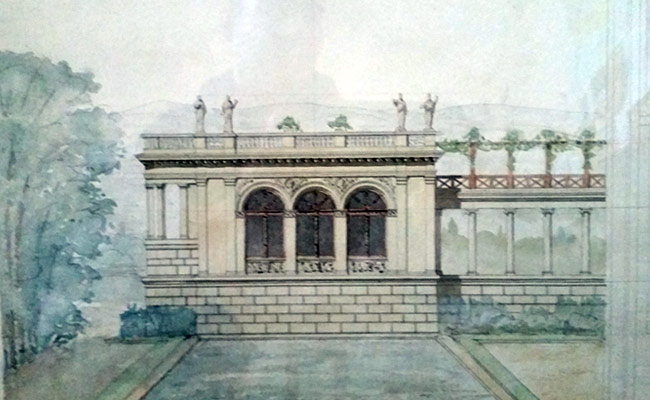 Like most Millennials, I haven’t yet achieved the success I wanted or expected. It’s been tough, especially if you are are at the older end of the Millennial spectrum like I am in my early 30’s. From being in school for the first internet boom and bust, to near complete economic collapse in 2008 at the beginning of of my career and business – conditions haven’t been absolutely ideal for our age group. This makes me extremely proud of what I’ve been able to do so far, but still I feel as if I could have accomplished more under different circumstances.

I’m not sure if I would change much though, as I may not have crossed paths with my beautiful finance for which I am about to have my first child with,  tested the legal system and it’s ability to deliver justice, built my businesses, and all the other lessons I learned along the way.

Because of this I now know what I will do when I’m rich and powerful.

I didn’t have many toys or friends that lived near me. Friends wouldn’t come over to play because we were poor and had no toys, snacks and my mother smoked indoors. I remember learning to read when I was 5, my mother told me that the words next to a picture in a space book I had received read “Red Dwarf” and “Quasar”. I was mesmerized.

In elementary school, I lived at the library. After burning through the kids section of the Derry Public Library and using all my computer time, I started my first business off an ad for Olympia Sales in a children’s money management magazine called Zillions selling stationary door to door. By age 10, I was reading from the upstairs library about stocks, fish tanks, Rolling Stones and old newspapers on Microfiche, recycling, dinosaurs or whatever else I could get my hands on, providing it was non fiction. It was a way to take control of my life.

I took a break from the library in junior high and high school to be cool and work. Big mistake. Now, I go to the library several times a month to get new audio books ( Try Audible and Get Two Free Audiobooks – I do too!), and continue to read and better myself each day.

Libraries are places of knowledge, solace and opportunity open to everyone willing to respect the rules – the foundation of freedom and deterrent to crime, war, hunger and any other malady of humanity.

Reform the Legal and Justice System

Anyone with a firm understanding of the world around them knows that there is science and there is law. Science is fact; law is opinion with authority. It keeps us civilized and good, but can also be exploited for self interest and financial gain through it’s constant evolution. Laws produce justice, and good, fair legal systems produce true justice.

Justice, if not carefully pruned with the wisdom of human trial and error built over thousands of years, decays. We are in an age of maximum connectivity and access, yet people get mistreated in courtrooms everyday. They get denied their most basic rights to trial and council or to even have their matter heard. The rich and large corporations have an advantage, for there are fees for almost every action and fee waivers are intrusive, unconstitutional, and get denied all the time.

Now, I could write a book about this subject, and some day I will, but the point is that our legal system is corrupt and inefficient.

When I was young and entering the workforce, I believed that the world was out to help me. The economy was great, money flowed and people were happy. I was happy. Then, I tried to defend myself in court. I had received a DUI with a reading of .09 (just above the legal limit) after being attacked by bouncers and told to leave. I had evidence and a good defense – leaving clear and present danger.

If I were a girl that went to my boyfriends house to spend the night, had a large glass of wine, and then he attacked me and broke my phone so I couldn’t call anyone, then told me to leave, would I be guilty of DUI?

Well, I never got the opportunity to provide that defense, because after 12 court appearances and on the trial date, my lawyer was mysteriously replaced. Knowing I would never get a fair trial, I plead guilty and proceeded to complete my sentence, also getting a restricted license to use for work at a cost of $300. I did not know that it expired, and ended up getting pulled over and my truck confiscated without appeal as required by law in which the city demanded $1300 to release the vehicle. I ended up loosing that truck, and having to fight off a lawsuit from Ford Motors in which they sold my car under market value to one of their dealerships and charged me with the loss. They even fudged the service documents.

Years later in retrospect, I believe I could have easily gotten my truck back by just renewing my restricted license, which no one told me. Instead, Ford took my truck after one missed payment in 2008 – the height of the recession – and proceeded to liquidate the equity I had built into it, leaving me without means to sustain myself 3500 miles away from anyone I had know.

My point is that I was young and looked towards the people in charge to help steer me in the right direction, not take my truck, or destroy my until then successful business, pushing me close to homelessness. See, people make mistakes, and the young have to experiment to find their way. I didn’t grow up with a father – I met him when I was 14, and then he died when I was 18. The closest father figure to me was a man who died in a tractor trailer accident the summer prior to starting high school. I moved to California just after my biological father passed, worked 2-3 jobs at a time, then started a satellite tv installation business with the money I had saved and good credit I built. The judges, police, lawyers and other officials knew what they were doing.

If you are in a position of power, you need to “Overstand” the situation. Repression and doing the wrong thing will only get you so far, especially in a connected world like we have today. Money is only real if you are starving. I want to be known as a good man and a hero, don’t you?

There are more examples, but I will save them for my book, there are already over 1,000 words here. Until then, please share this article, reach out to me and others, and comment bellow.

I Wrote a Book!